How do solar panels work?

Solar panels are made up of silicon layers and when light particles ( known as photons) from the Sun, hit the silicon layer knock off electrons causing them to flow hence generating electricity.

The sun is a natural nuclear reactor that releases small packets of energy called photons that travel the 150 million Kilometers from the Sun to Earth in about 8.5 minutes. We get enough photons hitting the surface of the Eart generate enough solar energy that can supply the global energy needs for a year.

Acording to the Internatonal Energy Agency (IEA), solar power is now the cheapest form of electricity.

How do I know what size of solar panels I need?

The first thing you need to do to deterine the size and number of solar panels is to calculate your load, that is the appliances that will run on the solar system. This is done by multiplying the wattage and number of your appliances by the daily hours of use. For example, If you have 15 lights of 11w that you use for 4 hours per day, the watthours for you lights will be 11 x 15 x 4 = 660 watthours. You then move to the next appliance say a tv of 100w that you watch for 5 hours a day and have 100 x 1 x 5 = 500 watthours. You then proceed with the same procedure for all the other appliances and get the total in our case we have 660 watthours + 500 watthours which gives 1160 watthours.

1. What is the payback period of a solar system?

The payback period depends on many factor wether you have a battery back up and the type, how often you use the system , the type of equipment you purchased but typically 3-4 years for domestic systems.

2. How long will my solar panels last?

Solar panels have a lifespan of 25 to 40 years and should be able to pay back the cost of the system and run for decades longer giving you free energy from the Sun.

3. What happens to my solar system when It rains? will it still generate power?

Solar pv systems require light not heat to generate electricity however, the ammount is reduced due to reduced radiation that is why you require a battery back up and days of autonomy factored in the system to cover for that so you will still have electricity.

4.Can I add or scale my system later?

Yes you can add solar panels and batteries to your system but you require to have that in mind when procuring the original equipment.

5. Can I use a fridge, microwave, blender or iron box with my system?

Yes, you can use the above apliances as long as the sizing of the system factored the in. However, for hot water heating, we recomend a solar thermal hot water system for water heating.

6. Are all solar panels, inverters and batteries the same?

No. The type and quality makes a huge difference in the functionality and durablity of a system. Only procure form a reputabel firm dealing with quality brands.

7. Will my solar panel work at night?

Solar panels do not generate electricity at night due to the lack of light from the Sun, however , a propoery sized solar system with a battery bank will run throughout the day and night. 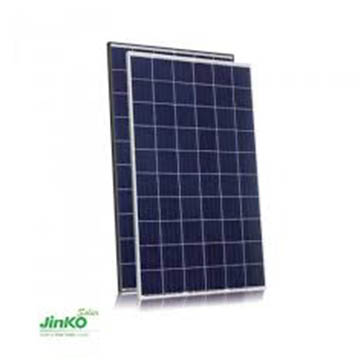